Davis Public Relations and Marketing won its fourth Best in Show Award and four other Awards of Excellence during the South Carolina Chapter of the Public Relations Society of America’s(SCPRSA) annual Mercury Awards banquet held April 25 in Greenville.

The Best in Show Silver Wing Award recognized the media relations campaign that Davis Public Relations conducted for Central Carolina Community Foundation’s Philanthropy Week 2012.Central Carolina Community Foundation (CCCF) is a nonprofit organization serving 11 counties in the Midlands of South Carolina by helping charitable individuals and businesses meet the needs of the community. In 2012, they took a national observance, Community Foundations Week, and rebranded it locally as Philanthropy Week in order to empower individuals and businesses throughout the community to engage in philanthropic activity and to highlight philanthropy beyond the work of the Foundation alone.

In addition to the Best in Show Award, Davis Public Relations received four other Awards of Excellence in this year’s competition:

Davis Public Relations and Marketing is a full service, independent communications firm that was founded by Kelly Davis, APR in 2004. Since its founding, the agency has received more than forty awards for outstanding public relations campaigns and tactics. With this year’s awards, Davis Public Relations has won SCPRSA’s prestigious Best in Show Award four times in the last seven years. Davis Public Relations is the exclusive South Carolina member of the PRConsultants Group, a nationwide affiliation of independent public relations firms with senior-level PR counselors in each of the top 50 U.S. markets.

The firm’s founder and CEO, Kelly Davis, was recognized as SCPRSA’s Distinguished Public Relations Practitioner of the Year in 2007. She serves as a Director-at-Large on the National Board of Directors of the Public Relations Society of America, and she is a member of PRSA’s Counselors Academy. Locally, Davis is the Vice Chair of Communications for the Greater Columbia Chamber of Commerce Board of Directors; an adjunct professor of public relations at the University of South Carolina’s School of Journalism and Mass Communications; and a 2009 graduate of Leadership Columbia. 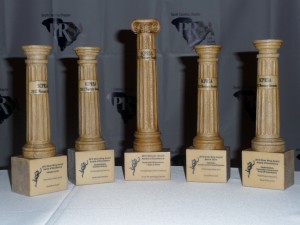